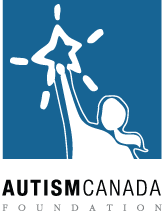 Autism Canada Foundation became a registered Canadian Charity on March 6, 2002. The founding directors were all parents with children diagnosed with ASD and they found themselves traveling abroad to get support for biomedical interventions. It was apparent to them that there was a lack of representation in Canada for all effective treatments and therapies. They decided that Canada needed an autism organization that provided information on both traditional and emerging treatments.

The founding directors organized their first conference in Toronto on June 2003. It was held at Ryerson College and was called Open Windows Essential Training: Opening Windows of Hope for Children with Developmental Disorders. The conference taught attendees how to integrate Biomedical, Behavioural, Nutritional and other effective treatment options in a “whole approach” therapy style. Autism Canada Foundation would go on to host or co-host conferences across Canada every year after.

In July 2007, Laurie Mawlam, Executive Director, approached other autism leaders in Canada to form an alliance which would partner with the Federal Government to implement a National Autism Strategy. This alliance became known as the Canada Autism Spectrum Disorders Alliance (CASDA).

Over the years prior to amalgamation, Autism Canada Foundation’s financial position grew along with its programs and outreach platforms making it a leader in its own right on the national landscape.