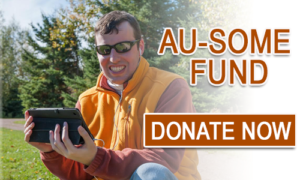 Navigating intimacy is a “not often talked about” aspect of life on the spectrum. The barriers and complexities of building and maintaining intimate relationships can be tricky for anyone.  For those with ASD, it can be even more challenging to find intimacy. I’ll speak to sexual development, orientation, love, attraction, dating, marriage and divorce.

Bio:  SF Walker is a public speaker living in Vancouver.  She uses personal anecdotes to tell stories, providing hope and insight to others living with or having a diagnosis of ASD.  SF, originally from Toronto, worked for many years as a special education teacher.   She now works for the Pacific Autism Family Network where she co-facilitates a pre-employment program for young adults with ASD. SF is the singer and guitarist in a local band and is happily married.

Acting my Way through Autism

Jake was diagnosed with Autism (specifically Asperger’s Syndrome) at the age of four. Like many people on the spectrum, he found communicating and connecting with other people, as well as recognizing and understanding their emotions and body language to be a big challenge. That was… Until his mother enrolled him in an acting class. Acting requires individuals to connect with and be aware of each other, as well as study emotions and what happens to our bodies when we feel them. Acting also requires individuals to have a give-and-take way of working and communicating.

After completing the acting class, Jake suddenly found it much easier to have a give-and-take conversation with people and to understand emotions and social cues. He went on to continue studying acting for eighteen years, including graduating from the William Davis Centre for Actors’ Study at the Vancouver Institute of Media Arts. He’s had the great pleasure of working as a professional actor since 2004. What was once a life skills tool had also turned into a passion and career! Come hear how, through simply taking an acting class, people on the spectrum can develop the skills to confidently connect and communicate with other people.

Bio:  Jake is a professional actor, living with high-functioning Autism. He has been an advocate for people with special needs and families for over a decade. During that time, Jake served,  and continues to serve on Boards/Committees for organizations such as: Kickstart Disability Arts and Culture, Planned Lifetime Advocacy Network (PLAN), the Burnaby Association for Community Inclusion (BACI), Autism Canada, Inclusion BC and the BC Council for Families. He also served as a member of the City of Burnaby Access Advisory Committee for six years. As an actor, Jake has worked with many theatre companies, including: The Virtual Stage, Upintheair Theatre, Mortal Coil Performance, Theatre Terrific, Firehall Arts Centre and Metro Theatre. He is a graduate of the William Davis Centre for Actors’ Study at the Vancouver Institute for Media Arts.

My Blueprint for Success

Bio:  I am passionate about helping people with Autism and about teaching and education. I enjoy helping people achieve their full potential. As the Northern Regional Coordinator for the Autism Society of BC in Prince George ,  I provide support and information to families, individuals and professionals connected with  Autism. I help empower people to be self-advocates and to remove the barriers that prevent them from achieving their dreams. I am a hard-working, outgoing person who enjoys structure, independence and creativity in the workplace. I am passionate about history and interpreting our heritage. I believe old buildings have a story to tell and are worth preserving for that reason. I enjoy spending time with children and the great outdoors. I enjoy bike riding, snowshoeing, hiking, camping and stamp collecting. I want to more fully explore how cooperative learning can help students with learning challenges and hope to do a Master’s thesis on that subject one day.

Bio:  Alexander, a 28-year-old man with Autism, uses his life experiences to communicate how he has navigated through the “prickly parts” of Autism.  He brings humour, honesty and style to his presentations as evidenced in the two TEDx talks he gave in 2016.  Alex’s message is to showcase that with the right support and early intervention, people who live with Autism can realize in themselves that they are smart and can find their niche in the world.

Bio:  I was born in Vancouver and diagnosed at 3 ½ years.  So, for the most part, I grew up knowing I was autistic. I had trouble making friends so was often alone.  In high school, I attended as a regular student.  I joined the school choir and glee club and even went to Japan twice through the cultural exchange program.

Since the age of eight, I have attended Easter Seals camps.  In Grade 10, I joined the youth reporter group of our city newspaper.  Because of an article I wrote, Easter Seals asked me to become an Ambassador. For the next two years, I would attend events, do interviews, give speeches and share my story and memories of camp.  I also took part in Rick Hansen’s 25th anniversary relay in 2012 as a Medal Bearer.

I started college in the fall of 2011 and graduated in 2015 from the journalism diploma program.   During those years, I worked at my local Safeway as a service clerk.  I got the job because of previous contact as a volunteer raising money for Easter Seals.  I am currently working at Teavana, a store that sells loose-leaf tea, teaware and gifts.  I enjoy working there and my being autistic does not seem to be an issue.   I have been a lifelong resident of Richmond, where the Pacific Autism Family Centre (PAFC) hub is located.

Bio:  I am 24 years old, I live in Vancouver, BC and I live with Autism. I am proud to represent British Columbia’s Pacific Autism Family Network as the PAFN’s Ambassador. Growing up and being on the spectrum had its many challenges, not only for me but my entire family. Making friends has been difficult, and that’s why I have chosen to be there for others as they navigate their journeys. I was the subject of a documentary for TELUS Optik called “Autism: Behind the Lens”.  It’s available on Optik TV and also on YouTube.

How to Succeed with Medical Professionals

Bio:  I was diagnosed with Asperger Syndrome in 2001 – just a couple of months before I graduated from UBC with my B.A. in English in May 2001.

In 2001 and 2008, I started a social group for adults with Asperger Syndrome called A.S.S. (Asperger Social & Support).    My intention was to provide an opportunity for like-minded people to connect and share opinions without judgement and perhaps meet some new friends.

I enjoy writing poetry and have self-published my own book of poetry called “A Series of Short Stories & Poems“.  I have also written, produced, directed, filmed and starred in my own short documentary called “The Silent Meow“.   You can find my documentary on YouTube.