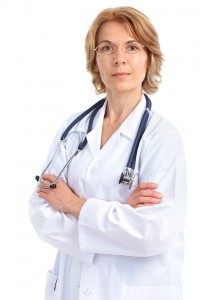 Concerned about reports of negative side effects from a treatment called MMS, ARI reached out to a scientist and a handful of clinicians and asked them to share their thoughts. Their response:

We recognize the urgency parents may feel when confronted with a diagnosis of autism, which may lead them to undertake desperate treatments such as Miracle Mineral Solution (MMS, a.k.a. CD for chlorine dioxide, or ASEA). Any medical treatment that uses “Miracle” on its label raises serious questions of old-fashioned fraud. In particular, suspicions arise with MMS, a product whose primary ingredient has side effects known to be seriously damaging. We recognize that there are off-label treatments with variable amounts of data that parents and practitioners will attempt. As pioneers in the use of a biomedical approach to autism, however, we maintain that it is critical that a treatment be considered reasonably safe before we give it to children. We do not consider MMS to meet these standards, and it violates the principal precept of medical bioethics: “first, do no harm.”

While many families spend years trying to detoxify their children, MMS introduces a known toxin into their bodies. MMS has properties similar to Clorox® bleach, which can burn the upper digestive tract. The mucous threads that children expel during MMS treatment, which have been touted as worms (though laboratory analysis does not support this claim), are the body’s method of protecting itself from induced oxidative stress in the lower digestive tract equivalent to the mid-day sun in its ability to produce severe sunburn.

We simply cannot know what, if any, damage may occur in the long term. We have seen severe mineral deficiencies, malabsorption, loss of beneficial flora, and anemia in our patients who have undergone this treatment. The disruption of children’s gut epithelium and flora could have unforeseen consequences to their immune systems. At some point later in life, they may be also at higher risk for esophageal or stomach cancers, among other issues.

Some parents of sick children report dramatic improvements in stool as well as other symptoms. Does this mean MMS is an effective treatment? Not necessarily. Nature’s strong impulse toward healing is stimulated by stress. Fasting, physical exertion to the point of exhaustion, sleep deprivation, torture, and severe physical and emotional trauma muster the resources of the mitochondria, muscles, mind, and soul to rise to the occasion. While any resulting temporary improvements may seem “miraculous,” there are safer and lower-risk ways to induce a healing response.

Given these issues, we advise against using MMS at this time. We hope parents will remain critical of unsubstantiated claims that children have recovered or greatly improved in the absence of objective proof. We also strongly encourage any parents who choose to administer MMS to their children to report it to their physician so that side effects can be monitored.