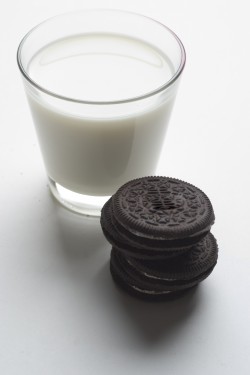 A gluten-free diet is an eating plan in which gluten (grain protein) is eliminated from the diet. Foods and drinks containing wheat, barley, rye, oats or anything made from these grains are avoided. A gluten-free diet is often, if not always, used in combination with a casein-free diet, which calls for the elimination of milk protein (casein). Both diets are called elimination diets because a particular type of food is virtually eliminated from the child’s meals and snacks.

Proponents of the gluten-free diet say many children with autism have gastrointestinal difficulties that make it hard for them to digest certain grains properly. There are different possibilities for ways in which this could affect children with autism. The most studied theory is that eating gluten leads to high levels of protein by-products, called gluteomorphines, in some children with autism. These by-products may then affect behaviour like a drug would. Specifically, in these children, gluteomorphines could reduce their desire for social interaction, block pain messages, and increase confusion. If gluten is taken out of the diet, the idea is that this will reduce the level of gluteomorphines, and behaviour will improve as a result.

Parents who choose a gluten-free diet for their child must become aware of the ingredients of everything in their grocery cart. Products containing wheat, barley, rye, or oats in any form should not be purchased. Maintaining a gluten-free diet can be hard at first because gluten is present in many prepared foods. However, parents can take a gluten-free cooking class or read a gluten-free cookbook to learn how to cook without gluten and still provide enough nutrition for the child.

The effectiveness of elimination diets in improving the behaviour of children with autism has only recently been scientifically researched. This research has almost always examined diets that are both casein- and gluten-free.

One well-controlled study focused on children with autism who had abnormally high protein by-products in their urine, and therefore were more likely to be sensitive to casein and gluten. One group of these children was fed a strict casein- and gluten-free diet for 12 months. This group had significantly fewer autistic symptoms than the remaining children, who were not fed this diet. Another well-controlled study of casein- and gluten-free diets focused on children with autism regardless of the level of protein by-products in their urine. Overall, the study found no significant differences in behaviour between children on the elimination diet and children on regular diets, although individual parents reported behavioural improvements. This overall lack of effect in the second study could be because the elimination diet only lasted 6 weeks, or because the children were not pre-selected according to the level of protein by-products in their urine.

Regardless, in both cases, the tested diets were casein- and gluten-free, so it is not clear whether it was the elimination of casein, gluten, or both that resulted in any improvements. A third study that examined the effects of a gluten-free diet on the behaviour of children with autism did not compare children on the elimination diet with children not on the diet. Therefore, even though there were improvements seen in the behaviour of children on the diet, these may also have occurred over the 5 months of the study without the elimination diet.

Autism Network for Dietary Interventions provides help and support for families using a Gluten & Casein Free diet in the treatment of autism and related developmental disorders.

The Food Allergy Research & Education’s (FARE) mission is to raise public awareness, to provide advocacy and education, and to advance research on behalf of all those affected by food allergies and anaphylaxis. They provide many resources to help children live with a gluten-free diet.

Special Diets for Special Kids: Understanding and Implementing a Gluten-Free and Casein-Free Diet to Aid in the Treatment of Autism and Related Developmental Disorders by Lisa S Lewis (Future Horizons, 2005).