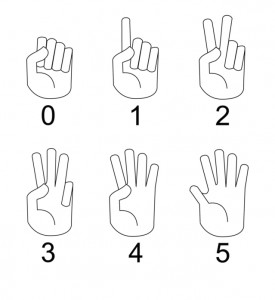 Sign language was first developed as a means of communication for hearing-impaired individuals and is probably the best known form of augmentative communication. Sign language has also been used to teach people with developmental disabilities who have little or no communication skills.

Sign language is useful for children who have little or no verbal abilities or communication skills, but it is not recommended for those who have a relatively large vocabulary. Many aberrant behaviours associated with autism and other developmental disabilities, such as aggression, tantrums, self-injury, anxiety, and depression, are often attributed to an inability to communicate to others. Signed Speech may, at the very least, allow the person to communicate using signs and may stimulate verbal language skills.

When teaching a child to use sign language, another possible benefit may be the facilitation of the person’s attentiveness to the social gestures of others as well as to his or her own. However, many children with autism have trouble imitating, which may prevent them from learning sign language. Also, touching the child’s hand to help him form the word or gesture may be difficult if the child has tactile sensitivities. There are several different forms of sign language, and when implementing Signed Speech it is best to use the ‘Signing Exact English’ or “Signed English” method. This form of sign language uses the same syntax as spoken language, and this method will help facilitate the use of syntactic rules of spoken language.

When beginning a sign language program, it is best to start with signs expressing basic needs (for example, the need to eat, drink, and use the toilet). This way, the person will be motivated to use the signs to communicate needs. In addition, it may take anywhere from a few minutes to a few months to teach the first sign, but as the person acquires more and more signs, each new sign will become easier and faster to learn.

Learning to speak is usually accelerated by teaching sign language and speech at the same time. One possible reason is that both forms of communication stimulate the same area of the brain. PET Scans, which measure the amount of activity occurring in the brain at a given time, indicate that the same area of the brain is activated when a person talks or when a person uses signs. Thus, when utilizing the Signed Speech method, the area of the brain involved in speech production is receiving stimulation from two sources (signing and speaking) rather than stimulation from one source (signing or speaking).