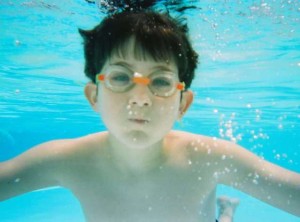 Aquatic therapy has long understood that being in the water has a therapeutic effect on people with varying types of disabilities. Being in the water allows people in wheelchairs freedom of movement otherwise not experienced.

Dolphin Therapy refers to a type of treatment for people with and without disabilities by using dolphin interaction as an attempt to rectify or lessen the disability.

Dolphin-assisted therapy dates back to the 1950s with the work of Dr. John Lilly, who studied the effects of dolphins on individuals with disabilities. This treatment combines two elements that have demonstrated great promise in therapy with children: interaction with an animal and immersion in warm water. Typically, this treatment is combined with speech therapy, hydrotherapy, and massage.

Some therapists believe that, because they seem to enjoy spontaneous, nonverbal play and have a reputation for being both gentle and attentive, dolphins may be able to help motivate otherwise unresponsive people.

Theories range from a belief that individuals experience stimulation of the immune system when interacting with dolphins, thus promoting healing, to a belief that the individuals receive such joy and unconditional love from dolphins that they are more apt to experience recovery.

One of the most popular theories is that the dolphin’s use of sonar and echolocation produces changes in a person’s body tissue and cell structure. Similar to the effect of music therapy, some researches have suggested that the sounds dolphins emit through their whistles and clicks help produce these changes.

Echolocation is claimed to affect brain wave pattern and human tissue. Echolocation is a technique on which dolphins frequently rely to navigate, locate food and communicate with other dolphins. It is the technique dolphins use to produce sounds (soothing noises). It is also thought to help increase attention span and develop motor skills and better coordination in children.

Results obtained to date reveal that after swimming with dolphins in situations where subjects can hear the dolphins’ acoustic emissions, there is an increase in left-right hemispheric synchronization and in slow (alpha/theta) brainwave activity.

Researchers attribute the diminishing of anxiety and depression, enhanced learning in handicapped children and pain relief to dolphin echolocation.